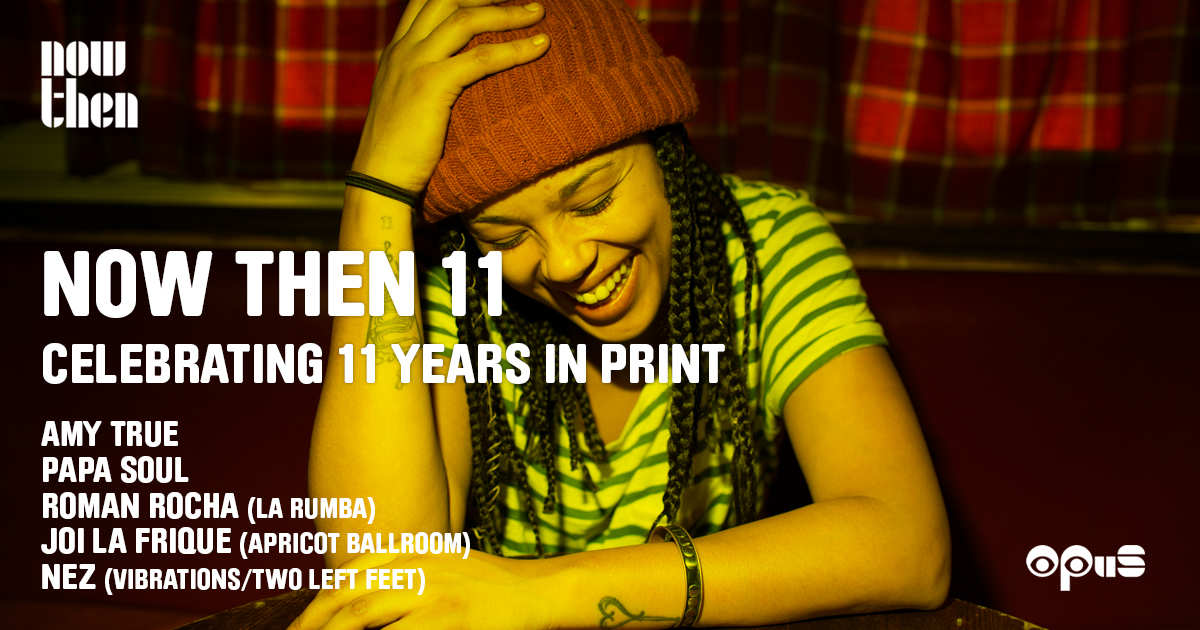 OPUS & NOW THEN 11
Opus & Now Then celebrate their 11th Birthday with a special event at Yellow Arch Studios. We’ve pulled together a multi-room party with some unmissable talent, DJs, and a chance to celebrate with the extensive network of writers, musicians, artists and activists that make Now Then what it is.

She has Supported acts like Rodney P, Black Twang, Slum Village, illa J, Mos Def, Immortal tech, RA Da Rugged Man & Public Enemy to name a few, whilst also collaborating on Albums with the likes of Akala, Benjamin Zephaniah, Shabaka Hitchin, Congo Natty & Asian Dub Foundation. She is part of the ‘Peoples Army Movement’. Your chance to check out this rising star with her full band!

**PAPA SOUL**
Sheffield’s very own funk/soul sisters and brothers are the ultimate crowd pleasers, with the unique take on classic songs from timeless labels such as Stax, Chess, Mowtown & Atlantic. Throw in some reconstructed contemporary funk and disco groves and you have yourself a dance-floor party!
https://www.facebook.com/papasoulbanduk/

**ROMAN ROCHA (La Rumba)**
Resident at La Rumba, a British-Latino collective based in the UK, who have been behind some major parties over the last few years in Sheffield. https://fixr.co/organiser/823507068

**JOI LA FRIQUE (Apricot Ballroom)**
Sheffield based Tropical/cosmic vibes. Everything from disco and funk, to italo, zouk, afrobeat, electro, house… Anything with a good groove.