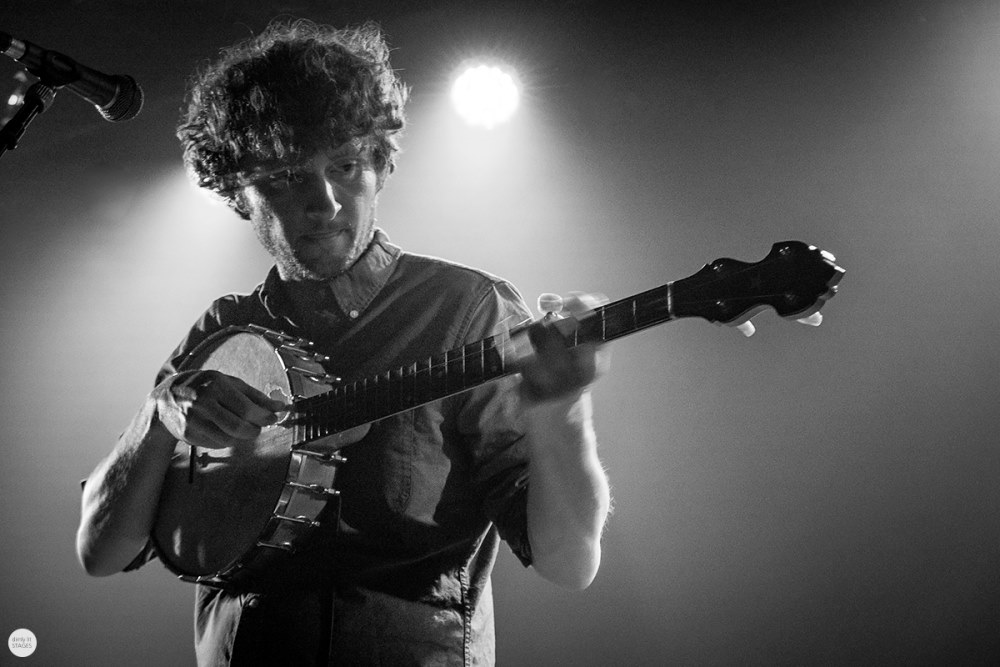 Sam Amidon is an American guitarist, banjo player and fiddler who grew up in a folk music family in New England. Following three independently released and critically acclaimed albums (But This Chicken Proved False Hearted, All Is Well, and I See the Sign), his fourth, Bright Sunny South, was released in 2013 by Nonesuch Records. His next, Lily-O, recorded with a band including Bill Frisell, was released by the same label in 2014 and his latest Nonesuch release, The Following Mountain, came out in 2017. This was his first of original compositions, contrary to his previous work which mostly reworked existing, largely traditional music.

Amidon has appeared as a guest artist on albums by Tune-Yards, Glen Hansard, Mx Justin Vivian Bond, Olof Arnalds, The Blind Boys of Alabama, The National’s Grateful Dead Tribute Day Of The Dead, and others. He tours extensively throughout the US & Canada, Europe, Australia and Japan, and has done collaborative concerts and mini-tours with artists such as Bill Frisell, Nels Cline, Jason Moran, and Marc Ribot, the Australian Chamber Orchestra under the direction of Pekka Kuusisto, and Kronos Quartet with whom he featured on their 2017 Folk Songs project album.

“… his highly personal approach opens a window on the American past and lets us feel it like nothing else around.”
NPR All Things Considered

After the release of two studio albums, a live album, a plethora of precious EP’s, a near decade of tour, followed by a year of learning what it is to be a Mother, Rachel Sermanni is returning with a new record.

Her third studio album, So It Turns was recorded in Berlin, three years ago, and inspired by her time studying & volunteering at a buddhist monastery, ‘So It Turns’ will be released in August 2019.

Rachel Sermanni is a dynamic (in many senses of the word) singer and songwriter whose performance and lyrics draw from a deep well of mystic lore, dreams, nature and the simple-complex experience of being human. A contemporary folk musician, influenced by a wealth of genres including jazz, rock, old-time and traditional.

Lush, evocative songwriting… the album juxtaposes tender songs of love and longing with darker, desperate songwriting that rages against political chaos, the refugee crisis and the looming climate emergency.”
-The Scots Magazine

“An album to savour, from an artist whose nuanced, often challenging work reflects these tortured times… 4/5”
– The Skinny